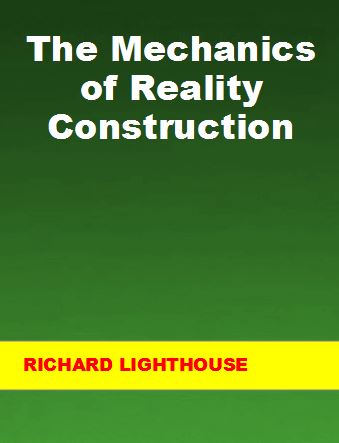 The Mechanics of Reality Construction

This short ebook presents some basic and related concepts about the nature of reality construction. There are three kinds of electric force residing in the Electrical Universe. These are (1) Ordinary thoughts, (2) Psychological intensities, and (3) Emotional intensities. An Electric force can become a physical mass under certain conditions. Seth and Jane Roberts provided us with a wealth of information and we are just beginning to enjoy the fruits of their efforts. Although it may sound mysterious to the newly initiated, there are fundamental laws and reasons for how each individual constructs their own unique reality. “You form your reality,” Seth has said this many times. This short paper attempts to describe a mechanical process that most people can understand, particularly the scientific community where many would like to express and expand these ideas in terms of mathematics. A note of caution: the process used and explained here is not intended to be comprehensive. Seth would be the first to suggest that any such explanations were distortive, particularly in the sense that it could not capture the numerous probabilities or multidimensional aspects of reality construction. Examples and diagrams are presented to detail the concepts. Suggestions for future research are provided.

As Seth has stated, "Your universe consists of solidified emotion." Within each blinking cycle of our universe, or more than 1 trillion times each second, your beliefs, thoughts, and desires are projected out in front of you, where you then experience them. This concept is so new to the uninitiated, that it will require some reading to catch up. The ideas are exhilarating and overwhelming. You can learn a great deal with this ebook, because these concepts are difficult to approach, initially. And Seth rarely used diagrams or pictures to clarify theconcepts.