The  discovery  of  parallel  universes 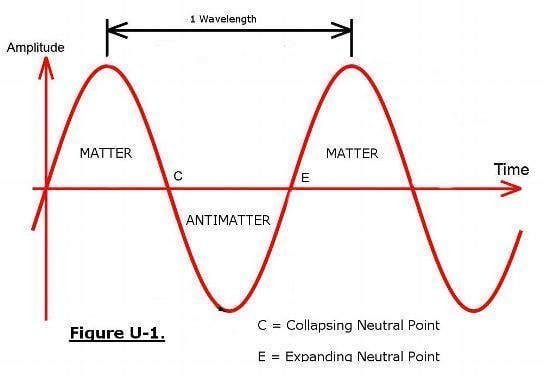 This short ebook presents information into technology that has been used to move between two parallel universes. Described here are the possible technology characteristics of glowing orbs or balls of light, which have been photographed and filmed, often near crop circles. By utilizing the blinking frequency of our universe, it is possible to move between universes. Some of the math used to calculate the "distance" between universes are explained. These orbs have been reported as glowing and/or pulsing and some appear to be 12 to 14 inches in diameter.

This implies that a mass can be moved between two universes by applying the Lighthouse Frequency harmonic (2.2 THz) and an energy equal to the mass times the "distance" between the two universes. Each reader must comprehend that our universe literally blinks off and on, approximately 1 trillion times every second (1.1 THz).  For those unconvinced that our universe is blinking - please see the related ebook, "The First Periodic Table for Elementary Particles."
#BlinkingUniverse


Video clips may be found in the references.

Note that many such videos can be found on the internet under the generic description  of “UFOs”.  However, a better term might be PUO – Parallel Universe Object.

Proposed in this paper is the fact these objects prove the existence of Parallel Universes.  So how does the technology work? 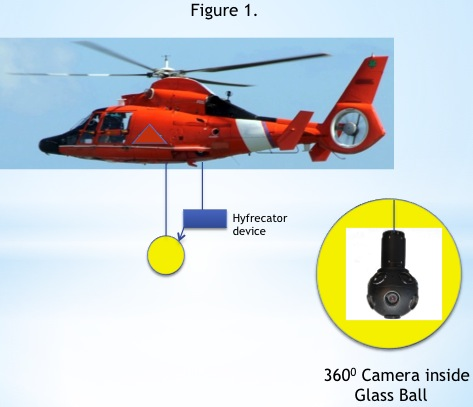 Figure 1.  Helicopter (or vehicle that can hover) with glass ball/camera system.  The glass ball is vibrated at the blinking frequency of the universe and charged electrically to place it into a parallel universe.


THE FOLLOWING IS PROPOSED:

WHAT THEY SEE in their universe is a helicopter (or vehicle that can hover) with a glass ball suspended beneath.  The glass ball may have an ultra-thin metallic coating, such as copper (for conductivity) and contains inside a 360 degree camera with an external electric charging system to place an electric field on the glass surface.  Their “helicopter” then moves in their relative space to move the glass ball in our relative space/universe.  The internal camera gives them a view into our universe.  The electrical charge system has very precise control of the volts and amps needed to access and maintain stability in our universe.


WHAT WE SEE in our universe is a glowing ball or orb that appears to float and move around as though by intelligent control.

The distinguishing features of such objects (PUOs) are:

The “fade in” can be attributed to adjusting the voltage and amps in their universe to obtain the precise Joules (Volt*Amp*sec) which separate the two universes.  See reference [4] for more details on this.

The “fade out” can be explained by their electrical source/battery system running low on energy.

Remember that Einstein told us that all matter is really energy.


Energy can also be expressed as:


The mass of the glass ball does not significantly change during the event (volts or Electrical Mass in the Electrical Universe are proportional to the mass of an object in our physical universe), however the Electrical Frequency of an object does change (Amp*sec), and this allows a calculation of the “distance” between the universes.  The “distance” is proportional to the (Amp*sec) or Electrical Frequency that separates the two universes.  There is no real distance (in meters) between us and them.  The energy required to transit between the two universes is: [4]

WHAT IS THE LIGHTHOUSE FREQUENCY?


All physical universes blink off and on at a very high frequency. [1], [2]

Everything in the universe has a natural, resonant frequency - including the universe itself.  That frequency might be approximately 1 THz (1 trillion cycles per second) and could be utilized as a carrier wave.

This can be called a vibration, a blinking, or a frequency, but perhaps a better explanation, in our terms  - the entire physical universe is newly constructed and then collapses to a single point at approximately 1 trillion times each second, IN OUR TERMS (this must be emphasized).  At the moment of collapse, there is no distance between galaxies - instant communication and instant travel are possible.  In larger terms, all of time is simultaneous, and there is no blinking.


By applying a precise electric charge to an object or vehicle (such as a spacecraft) while vibrating the external metal skin at the Resonant Frequency of the universe - a vehicle can instantly jump thru time or space. The precise volts, amps, and phase angle determine where in spacetime the vehicle jumps.  This implies then, the difference between 2 points in SPACE is defined by electric charge, not distance, and the difference between 2 points in TIME is also defined by electric charge, not seconds or years.

This idea can be compared to using a strobe light on a rotating fan to "stop" the blades.  From the perspective of the strobe, the fan is not moving and it is possible to "jump" between the blades.  The jump, in our terms, is caused by a simple electric charge.

When applying and maintaining a constant voltage, current, and phase angle while simultaneously vibrating an object at the Lighthouse Frequency, this will cause a target object to “jump” into a probable or parallel universe, in our terms.

This document is a living document.  The author reserves the right to make corrections and changes.


1.  Seth (Jane Roberts) Early Sessions, Book 2, Session 60, 1964. “Matter is continually created, but no particular physical object is in itself continuous... No particular physical particle exists for any amount of time. It exists and disappears, and is instantaneously replaced by another.”

2.  Seth (Jane Roberts) Unknown Reality, Volume 1, Session 684, 1974. “The world literally blinks off and on. This reality of fluctuation in no way bothers your own feeling of consistency, however. The "holes of nonexistence" are plugged up by the process of selectivity.”

6.  Seth (Jane Roberts), Early Sessions, Session 248, 1966: “It goes without saying that the inhabitants of these other probable systems are every much as real as the inhabitants of your own system.  They would consider your own system as a probable universe.  They dream as you dream. They utilize atoms and molecules as you do. The systems are divided, but not separated by space or time.”


Videos claiming to show these orbs can be found here:

We can summarize that this is a global phenomenon and has been occurring for more than 20 years.

*About: The author holds a Master of Science (M.S.) degree from Stanford University.  He can be reached at:  RLighthouse1 –at- fastmail point fm


Funding
This research was supported with a grant from the Foundation Opposed to Academic Puffery (FOAP).

A few months ago, this video clip was available to the public for all to view.
The link shown as (j) to a Fox News clip, now has the following result:

This video is private.
If the owner of this video has granted you access, please log in.


For some reason, the video clip is no longer available to the public, even while millions of Fox News clips dating more than 10 years old are readily available.  Some may find this odd given that a search for “Fox News” currently gives more than 19 million results on youtube.com

Wayne Hale, NASA Space Shuttle Program Manager was interviewed as part of the segment.  He explains that a review of the situation determined that the orbs  “did not pose a hazard” to the Space Shuttle landing.  NASA was clearly aware of the glowing orbs.

It is curious this particular video has been removed, while numerous other clips from Fox News remain online and available.