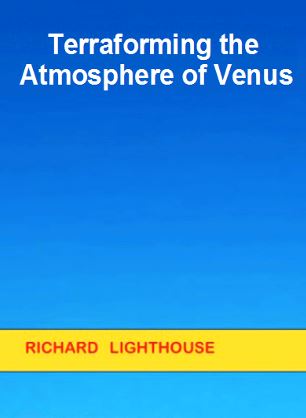 Terraforming the Atmosphere of Venus

Rev 2c - The atmosphere of Venus is 96% carbon dioxide, with low water and oxygen content. This short technical paper addresses altering the atmosphere for human habitation. The technology to perform this already exists. It was used on the World Trade Center on 9-11-2001 (reference DrJudyWood.com) The infrared laser used to destroy the buildings is a type of rapid-aging technology. This same technology can be used to rapidly-age carbon dioxide molecules, and break them down into oxygen. This technology is combined with using one or more of the resonant frequencies of carbon dioxide to accelerate its breakdown. It should be noted these unique infrared lasers are far more powerful than ordinary lasers. Many of these lighter molecules will escape the atmosphere, reducing the atmospheric pressure at ground level. The first recommendation of this paper is to launch a satellite into Venus' orbit and begin performance tests to determine how many satellites would be required to sufficiently alter the atmosphere within a reasonable period of 20 years. To reduce the launch costs, it is recommended to use the technique for orbital insertion described in a prior ebook, “The Use of Time-Forwarding to Place Satellites in Orbit.” This same technique might also be used to place the satellite closer to the orbital distance of Venus, reducing the fuel requirements. The summary conclusion is that 50 high-power, infrared lasers, operated for 20 years would substantially alter the atmosphere of Venus. It must be emphasized, this is a very rough estimate to indicate that further research might be directed to achieve possible results.