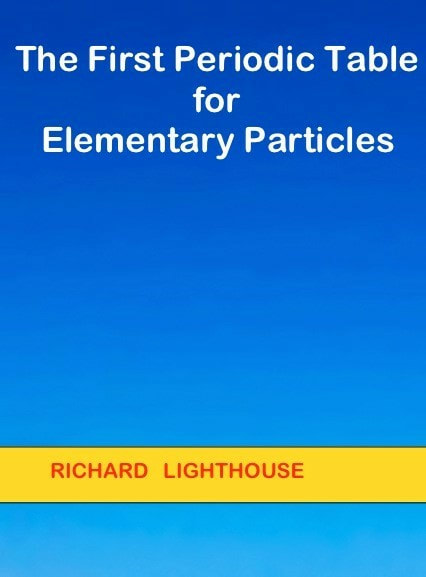 Rev4a -This short technical ebook presents a new standard model for Elementary Particles. All elementary particle masses are related by simple math. This math is similar to the math used for wifi signals and it is called 1024-QAM. The 1024-QAM table graphically displays how all elementary particles are related, similar to the Standard Periodic Table in chemistry. If we line up all of the particle masses in order, we find there are a number of “gaps.” These are called the mass gaps, and they line up perfectly with 1024-QAM, which fits the sequence. Supersymmetry (SUSY) is also found to occur with 1024-QAM. Mass Groups 1 thru 8 have heavyweight counterparts which are found in Mass Groups 9 thru 16. 4 new particles are predicted to be discovered between 0.7 to 15 TeV. Also, 4 new particles are predicted to be discovered between 30 to 200 TeV. Numerous other new particles are predicted using 1024-QAM. The only possible explanation for elementary particles to match a QAM pattern, is due to a blinking or discrete universe. This ebook provides compelling evidence that our universe is literally blinking, off and on. This blinking frequency is about 1.1 THz.

This author challenges scientists in the particle physics field to provide a better model than 1024-QAM, that will fit the “mass gaps.” I suggest starting with a QAM model and see what format you think will best fit the experimental data that is already available. In my opinion, the data to support 1024-QAM is already available at CERN, Berkeley, Fermi Lab, Brookhaven, Perimeter Institute, and Stanford. No expensive, new experiment will need to be run.