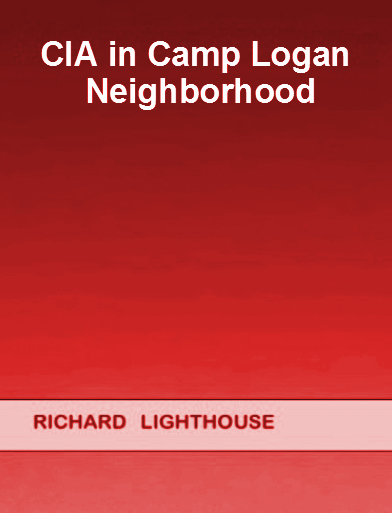 Revision 2A: CIA agents are residing in an expensive neighborhood, called Camp Logan, in Houston, Texas at taxpayer expense. These homes cost up to $1MM. One of the CIA Offices is located at 2929 Allen Parkway, Houston, TX 77019. (1) Homes in the neighborhood were rapidly purchased by the government in 2013 – 2014, which drove up prices, so the criminals started hacking the websites of zillow.com, hcad.org, and har.com to manipulate the prices. This is a good indicator of where they live. (2) In this neighborhood, they prefer homes with iron gates & fences (3) Watch the mail & package deliveries, especially at odd hours. (4) They are using “street joggers'” and fake “repairmen” as security guards (5) Wireless data signal sent from the roof of AIG Building at 2929 Allen Parkway to the neighborhood. (6) Agents also living on Truro and Tyne streets, north of Washington Blvd; south of Washington on Knox and Malone streets. (7) The old motel on Westcott is used as a “guard shack,” 24 hours per day. (8) When the electricity goes out, firetrucks or police arrive in about 3 minutes (9) Many of these agents have been given taxpayer-funded memberships at the Houstonian private club (about $25,000 to join). Many signed up during January thru April of 2014. (10) Agents like the Canyon Creek Cafe on Westcott.(11) Watch for cars with dark tint windows and stickers on the front windshield, especially at 2929 Allen Parkway. These agents are being pampered, not just in Houston, but probably in every major U.S. city, to “purchase” their loyalty. It is fraudulent, period. Government employees are not entitled to free, luxury housing in the United States. This is waste and abuse of public funds – a Felony. Some of them know about 9-11, and the fact that it was a CIA operation. Numerous authors and bloggers have identified the connections between corruption at the CIA, FBI, and NSA, and the Council on Foreign Relations (CFR). The CFR has been called the Shadow Government. See John Podesta's email from wikileaks, identifying the Shadow Government on the 7th subfloor of the Truman building in Washington D.C. According to President Bill Clinton in 1994, “There is a government within our government, and I do not control it.” Author, Servando Gonzalez, has called the CFR activities,TREASON. The officers of the CFR have been involved with murder, torture, kidnappings, drug smuggling, weapons deals, the funding of ISIS and Al-Qaida, numerous false-flag operations, bribery, threats to government officials, etc. Information is provided is this ebook documenting the CIA and FBI involvement and planning of the 9-11 events. Additional information on some of the murders committed by the CIA and FBI are provided. This information is being released due to the accurate information about CIA Satellite Terrorism provided by Dr Barrie Trower, MI5 agent, and Dr John Hall, M.D. See their youtube videos. The Council on Foreign Relations, run by the Rockefellers, are the real terrorists - using the CIA , NSA, and FBI to do their dirty work. I am a government whistleblower. You can find my ebooks on apple ibboks, lulu, smashwords, barnesnoble, apple ibooks, kobo, amazon, etc. Search for “Richard Lighthouse” in quotations, for more information. This information has been published in the “Houston Press,” back page, during July, August, September, and December 2016.