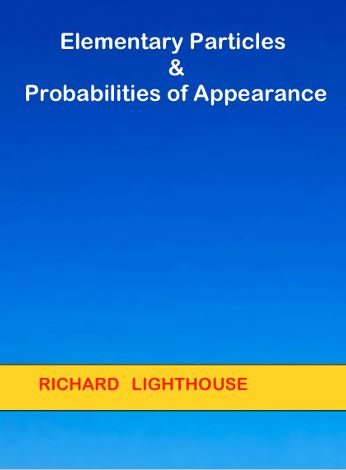 Elementary Particles and Probabilities of Appearance

This paper presents a summary of the universal probabilities involved from the perspective of a single elementary particle. There are numerous probabilities that have near-infinite variations. Combined together, we can conclude that for all practical purposes the total probabilities are infinite, in our terms. Therefore, we can conclude, we will never identify two substances that are identical in any universe. As our universe is newly constructed more than 1 trillion times each second, it will never be identical to another universe, nor contain two forms that are identical.

Seth's Entity predicted that this technical paper would be written in 1968:

From Seth 2, Session 410, 1968: “Your scientific fields of endeavor may stumble upon the mathematical probabilities involved in such other fields within perhaps a 60-year period, but they will not recognize the significance of the discovery—which will probably be made in an attempt to obtain more data concerning an idea related to Einstein's special field theory. This related idea will be developed by another scientist, based on the Einsteinean concept.”