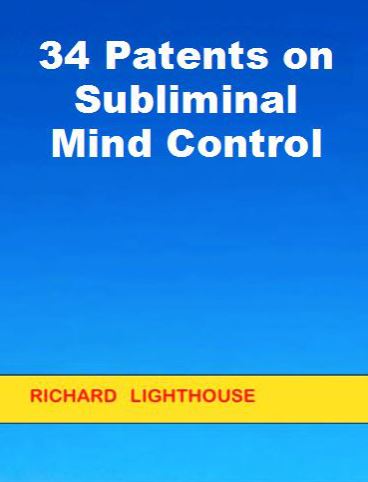 A brief list of 34 government patents are provided on inventions achieving some form of mind control. This list is just an introduction – there are hundreds more that are referenced from this initial list, and that can be found on google patent search, or on the US Patent Office (USPO) website. What is not included in this list, are thousands of patents that have been issued, but were hidden for “national security” issues. The Federation of Scientists has a recent tally of more than 5,135 patents that are subject to a secrecy order in the United States. Some of the patents on this list were issued under the CIA's MK-Ultra project. This secret program performed grisly electroshock and torture methods on hundreds of unsuspecting CIA victims from the 1950's to 1970's. A lawsuit was filed in Canada representing some of the victims, and the CIA admitted the program's existence. One victim of Dr Ewen Cameron's grisly treatment was deliberately overdosed with insulin and placed into a coma for 21 days, where they severely electroshocked him many times – erasing his conscious memory. He didn't know his name, his family, or anything about himself. Then repetitive messages were used, over hundreds of hours, to “reprogram” his personality. Dr Cameron even bragged that he could turn an ordinary person into a vicious serial killer, using these methods. This is the Manchurian Candidate method that was described in the book of the same title. There is evidence that this CIA program continues today, under a different name, in spite of Congressional orders to shut it down. The CIA continues to fund research and pursue political targets using mind control. One possible recent example, is when Russian leader Putin, recently dismissed 18 senior military generals – this may have occurred because these Generals had been compromised by subliminal targeting. This is a new technology that targets people while sleeping and employs specific frequencies (about 3900 MHz) and techniques using geostationary satellites. A number of recent government whistleblowers have described this new technology, and its ability to elicit specific statements and responses from targeted persons. It is claimed by some Targeted Individuals that this is the technology that turns their family members against them. By using it – it creates a split personality in the affected family member, due to the subliminal reprogramming. Although it cannot be called complete mind control, these subliminal messaging systems apparently have the ability to force specific statements from someone, without physically touching them, and this is a disturbing development. This may explain why Putin fired many of his senior Generals.

Revision 2A – added material from Dr Daniel Lebowitz, M.D. Presentation submitted to the Senate Hearing on “The State of Civil and Human Rights in the United States,” Tuesday, December 9, 2014. - which describes specific details on research into Subliminal Mind Control.