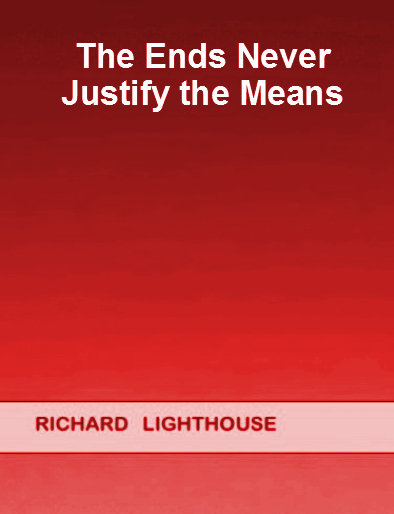 The Ends Never Justify the Means

The writings of Seth (Jane Roberts) are held as a permanent archive at Yale University. Within the archives, it is the most popular accessed material, even garnering more interest than the voluminous presidential material archived at the University. This short ebook emphasizes some of Seth's quotes regarding war and violence. He repeatedly stated the importance of understanding - “The Ends Never Justify the Means.” He stated this idea as one of the best intellectual defenses against people like Hitler and his supporters. Whatever philosophy is being used and manipulated by the Rockefeller's, Rothschild's, and the Council on Foreign Relations – they probably think they are doing good, in some twisted, fanatical logic. However, they cannot respond well to this idea – “The Ends Never Justify the Means.” If the means are violent, then the ends will be violent. Seth stated that the Rockefellers were not doing anything out of a desire to be evil, which is also what he said about Hitler. Related quotations from Seth are also provided. This information is being released due to the accurate descriptions about CIA Satellite Terrorism provided by Dr Barrie Trower, MI5 agent, and Dr John Hall, M.D. See their youtube videos. The Council on Foreign Relations are the real terrorists, using the CIA , NSA, and FBI to do their dirty work. Readers are encouraged to review this information and make informed decisions.