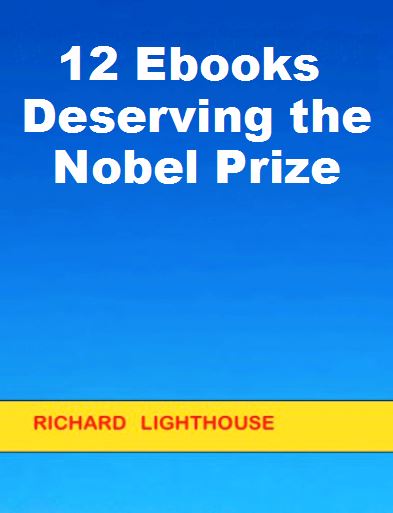 Considering that no scientist has ever been awarded more than two Nobel Prizes, it will seem immodest for this author to make such a claim. However, my intention is to get scientific readers to pay attention. For someone to make such a bold claim, surely there must be some substance behind it? Each of these ebooks represents a large step forward in scientific understanding. Each of them is a significant change from current thinking in the scientific community. Each represents a large pathway forward, for further research. The titles are: (1) The Discovery of Parallel Universes, (2) Time Travel: An Approximate Mathematical Solution, (3) Mathemtical Solution Unifying the Four Fundamental Forces in Nature, (4) 3 New Elementary Particles, (5) Faster Than Light Travel: The Basic Mechanics, (6) New Standard Model for Elementary Particles, (7) City in the Sky: Basic Theory and Design for a Floating City, (8) Synthetic Food Production: Solving Global Hunger, (9) Elementary Particles: Solving the Antimatter Problem, (10) The Single Cure: Human Life Extension to 300+ Years, (11) Anomolous Magnetic Moment: Source and Explanation, (12) Massless Travel.

In this short ebook, I compare the text of my 12 ebooks to some of the greatest minds which were awarded the prize. Most of my ebooks can be obtained for free at lulu, smashwords, apple ibooks, amazon, google play, and other websites. For skeptical readers, one can easily provide a list of Nobel prizes that have been awarded for mediocre and even flawed research. A Nobel was awarded for predicting the Higgs Boson. Should this author expect 1007 Nobels for the remaining undiscovered elementary particles which I have identified? That seems a little excessive, but it would follow the current logic of the Nobel Committee. To paraphrase Winston Churchill, I would be easily satisfied with 12 Nobels. My work over the last 5 years is possibly among the greatest scientific and mathematical contributions ever recorded. Yes, I am immodest. Yes, I expect readers to notice the internal references and begin reading the Seth (Jane Roberts) books. Unitil each person has actually read and understood these ebooks, they will have no room for skepticism. And that is my point – to get you to read. If my immodesty gains your attention and initiates your reading, then I have succeeded, even with skeptics. I am also pleased that my ebooks have encouraged the Majority Intelligence Committee (MAJIC) to accelerate their disclosure efforts. As I have notably included in my prior ebooks, I once again gratefully acknowledge Seth, Jane Roberts, and Rob Butts for their significant contributions.