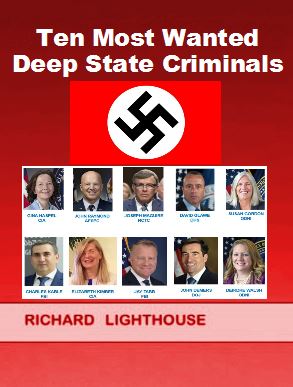 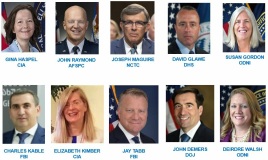 Rev 1B - This short ebook identifies some of the top executives in the U.S. government that run a Secret CIA program to track and attack Targeted Individuals worldwide. The program is lead by CIA Operations from their Denver headquarters, and involves the Air Force Space Command 50th Wing, DHS Intelligence & Analysis Office, FBI National Security Branch, Office of DNI, and DOJ National Security Division.

In my opinion, the people identified here have committed crimes more horrific than any murderer or serial killer. On a daily basis, they have willfully developed, planned, and orchestrated a global torture program, unlike anything seen in human history. It is disturbing beyond comparison to anything the Nazi's did during World War 2. More than 1 million people worldwide are being hit with Directed Energy Weapons (DEW), Gangstalking, and Voice-to-skull (V2K) torture. A smaller number have been implanted with electronic devices that attempt to control emotional states, and control bodily functions and movements.

Here is what we ask Targeted Individuals to do: Use the home addresses provided here to – talk to their neighbors and family members. Hand out flyers. We do not encourage acts of violence. We encourage using their names and addresses to identify them on lawsuits and subpoenas.