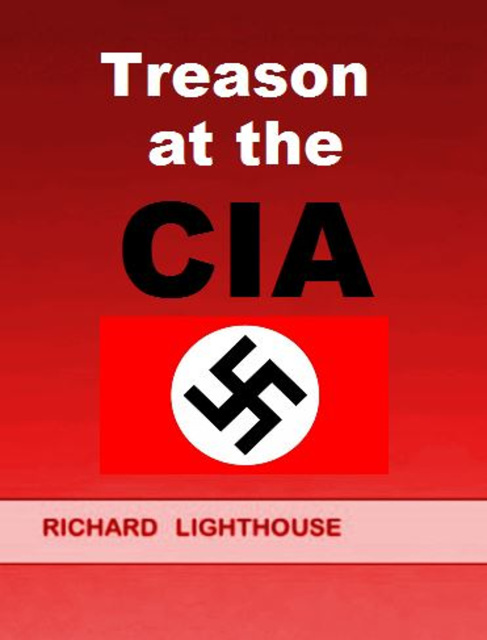 Treason at the CIA

Rev 2A. This author has been investigating satellite weapons and the global microwave torture of thousands of people, since January 2016. This ebook contains some of my latest research into Targeted Individuals. The CIA is operating a program against its own civilians and top government officials that is nothing less than TREASON. They are attempting to influence top government people using a subliminal messaging technology, including the legislative, executive, and judicial branches. This includes the President and White House cabinet. The technology is not 100% effective, but it works well enough to alter behavior after many months of microwave targeting with subliminal messages. I have referenced a number of credible sources including, Dr Barrie Trower, a retired British intelligence agent; Dr John Hall, M.D. In San Antonio; and Dr Katherine Horton, an Oxford scientist. Their videos are available on youtube. This follows the documented TREASON by the CIA in Michael Springmann's new book.

Michael Springmann is the former head of the American visa bureau in Jeddah, Saudi Arabia. While stationed in Saudi Arabia, Springmann was repeatedly ordered by the CIA and State Department officials to issue visas to terrorists, prior to 9-11. Springmann objected repeatedly, complaining to his superiors that the applicants were known terrorists. 19 of these visas became the 9-11 hijackers. Springmann filed numerous complaints with his superiors, he wrote to Senators and Congressmen, and was eventually fired by the State Department because he would not be silenced. It is clear that the CIA planned 9-11 from the beginning.

After extended discussions with three personal contacts, I can state that the use of satellite microwave weapons on civilians is definitely occurring. This is happening to thousands of people all over the world, which has been well-documented by John Finch. It is an extension of the illegal CIA MK-Ultra program, which was ordered to be shutdown by the Frank Church Committee hearings in the 1970's. Based on this research, I can state with complete confidence that Ed Snowden and Julian Assange are also microwave targets of this illegal program. Their family members are targets of the subliminal messaging program, which is intended to isolate them emotionally. The microwave beams are painful and cause permanent damage. It is nothing less than torture, and it is banned under international treaties. It is a serious violation of Constitutional rights, it is defined as a war crime by international treaties, and when conducted against US citizens and top government employees, it is nothing less than TREASON. Let me be clear – the CIA is operating a program against top government officials and U.S. citizens that is nothing less than TREASON. They are attempting to influence the government, including the legislative, executive, and judicial branches of our government by using subliminal messaging, which has been documented by the U.S. Patent Office. See my related ebook, “34 Patents on Subliminal Mind Control.”

These satellite frequencies are being used in a subliminal messaging program against Targeted Individuals and their family members, in an attempt to control their behavior. The CIA is also using these same frequencies and subliminal messaging to alter the behavior of top government employees, such as Senators, Congressmen, and even the President and his cabinet. This is TREASON. The microwave and RF technology to alter behavior has been well-documented. I have previously documented the frequencies as follows: Tracking and geolocation: approx. 3600 MHz to 3750 Mhz, and the carrier frequency for the subliminal messaging and harm signals has been measured at 3921 MHz – 3934 MHz. The subliminal messaging is repeated thousands of times each night on the target, until the negative messages “stick.” These messages can be simple - “Your husband is crazy,” or “You hate him.” Recall that CIA Doctor Ewen Cameron used these subliminal techniques to turn an ordinary person into a vicious serial killer – the real Manchurian Candidate, as part of the CIA's MK-Ultra program. Mike Pompeo, current CIA Director is fully aware of these programs. This is obvious from the reorganization of the CIA's field agents, into remote monitoring of targets, which were exposed with the Vault 7 wikileaks files. Many senior managers at the CIA are fully aware that the President and his cabinet are being targeted with subliminal messages. These CIA criminals should be charged with high TREASON and tried before a public court.

The recent Vault 7 files also include emails from the Stratfor Corporation, with employees joking about Microwave Torture – clearly they know what is going on. The executives of Stratfor should be charged with war crimes and TREASON.

The satellites that are being used were launched as part of President Reagan's Star Wars program, and are designed to track and hit ballistic missiles with a microwave beam that disables the missile's navigation system. If these satellite systems can track a missile at 10,000 miles per hour, they can easily track a person, or many persons simultaneously on the ground. Technical details of this illegal torture program are provided. It is important that Mr Snowden and Mr Assange come forward with statements objecting to these illegal programs. The criminals in the CIA and their supporting organizations can be charged with war crimes and crimes against humanity. The recent release of the Vault 7 files through wikileaks makes it clear that government contractors, such as the Stratfor company in Austin, Texas are also part of this criminal organization. The criminal activities of the CIA are a domestic threat to the U.S. Constitution - the CIA must be abolished. These government employees work under a sworn oath, defending the U.S. Constitution against all enemies, foreign and domestic - it is time to exercise that oath.

The CIA and FBI are "behind most, if not all terrorism." - Ted Gunderson, former FBI Chief