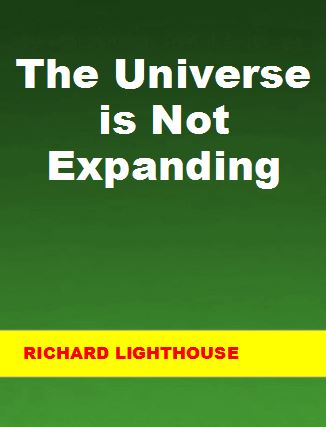 The Universe is Not Expanding

The Universe is not expanding – this will seem like a blasphemy to scientists that have spent a lifetime learning physics or astrophysics, because it is a basic part of the college curriculum. However, as Seth has stated many times - in this case,...”your physical senses are lovely liars.” The perception that the universe is expanding is primarily based on the red shift. Recent experiments have even determined that the expansion is accelerating, due to the amount of red shift seen in distant stars. Unfortunately, it is an illusion. Even a child would ask - “Expanding into what?” Physicists don't like such questions, because it makes them appear, less than intelligent. Our universe is not akin to a large balloon, continuously expanding its boundaries. Although, Seth is quick to point out, that the universe is certainly expanding in a way that an idea expands, yet takes up no additional space. We perceive a larger moon when it appears on the horizon, but we know it is not actually larger. It certainly seems to be. We do not assume that Mercury has changed directions, when it moves retrograde. It is an illusion. The illusion will become more apparent when scientists realize that our universe literally blinks, off and on, 1.039 trillion times each second, in our terms, and is constantly created anew. Our universe is different each second, not because its size has changed, but because it is composed of entirely new particles that were not there the previous second. “The universe is continually being created. All universes are continually being created, and the appearance of expansion seen by your scientists is distortive for many reasons.” Some relevant quotes are provided from The Early Sessions; Session 42, dictated in 1964. This short ebook provides some important ideas from Seth that may fundamentally change your thinking. As always, his words are elegant and simple.